Sample apartment project in which interior decoration concept design and decoration are made for Turquaz Residence located in Accra, capital city of Ghana.

In the project offered to the different African cultures in Ghana, an interior decoration concept project which is designed analyzing the local choice and tastes is studied. Decorative kitchen, door, baseboard, furniture such as wardrobes, bathroom and bathroom cupboards, floor and wall coatings, suspended ceiling, which are the standard fixtures of the project, are designed within the general project.

The textures, which are intensely preferred in the country having 32-degree temperature on average and high humidity rate on 365 days of the year, are used. In the region accustomed to using ceramic material on the floor, the warmth added by the wood parquet resistant to climate is presented. Style balance is driven forward using cream, earth and beige tones in the colors. Energy of the place is increased with spotted shiny maroon and brick red colors.

Savory red, attention gathering white and bordering black edges are assigned as the character of this kitchen. Mass presence is intended to be reduced using transparent chairs. Hard-edge dining table also determines the functional axis of the kitchen. While determining the functions of the kitchen, a plain and minimal style is formed by designing that the entire mess will be hidden therein as much as possible. 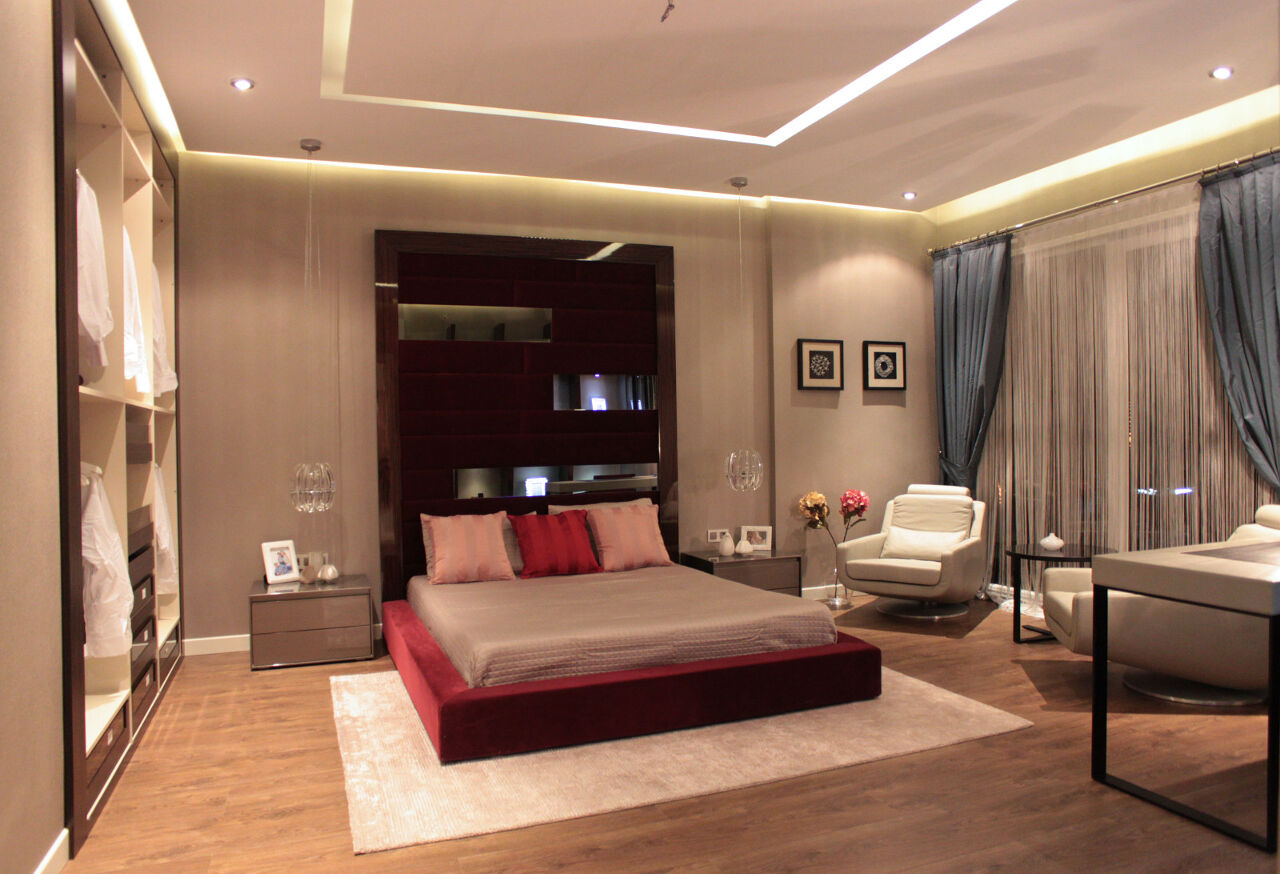 Bedroom is specially produced by designing bedstead, bedhead, worktable and library therein. Velvet, leather, shiny lacquer and bright ebony tree textures are used. Tone-on-tone beige tones are combined with maroon red color which is locally popular. High bedhead also has a separate decorative feature with its special sizes. Leather paneled worktable is designed in a manner to also serve as a makeup table thanks to the cover on the surface being opened. In addition to the homogeneous general lighting used from the suspended ceiling, local lighting which will be combined with several alternatives is designed.